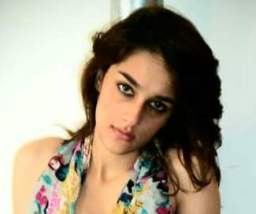 [Publisher’s Note: It is hard to comprehend that people who seek refuge and become subject to such torment. Nazanin story seems like a movie script if it were not true … and others like it, equally horrendous. The Australian media and government are silent. They will not take a stand despite some high profile attempts to make them do so. It is little wonder that so few come forward and tell their story.]

Nazanin has been locked up under guard in RPC1 in the Nauru Camp since April. Nazanin was attacked by a gang of men on Nauru when she was on a day release pass. She left friends house around 4pm in April this year, to catch the van/bus back to the camp.

Later her brother and camp guards came looking for her because she did not return. Iranian friends were also out looking. They saw her bundled up in a blanket and pushed into police van at around 9pm. She was not taken to the hospital despite obvious injuries but to the police station.

Advocacy from Australia saw her transferred to the Camp where she has been held in isolation since April with only supervised visits from her mother and brother allowed.

No police investigation or action has been taken to find out and charge the brutes who hurt her.

Nazanin is not the only refugee women brutalised by Nauruan gangs or by Australia security guards.

Nazanin has lost 15 kgs and is withdrawn and catatonic most days. IHMS medical contractors have recommended that she be sent to Australia for care. Canberra says no.

Please help Nazanin- Ring Duttons Office over and over until he listens.

Women of Australia stand up for a sister- this is not 1950- such brutal treatment must stop-NOT ON OUR WATCH. Act Now.