Film and resistance in West Papua

Wensi, Tali, Marcellino and Ian present show about filmmaking in West Papua as a form of struggle.

Important community announcement
But first Ian reports on the response to police murder of Shaun Coolwell, a young aboriginal man in his prime cut down by the Queensland Police Force.

No more police murder
SATURDAY 24TH. OCTOBER.
RALLY AT PARLIAMENT HOUSE AT 11AM.
MARCH ON THE POLICE HQ AT ROMA STREET 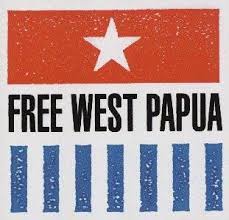 Papuans on the island of Biak in July, 1998. In the last 3 years, they have killed 29 unarmed, peaceful members of KNPB, an activist group in Papua. Since December last year, Indonesian security forces have killed at least 10 young unarmed and peaceful Indigenous Papuans. These killings are committed with total impunity and, yet, the Australian Government claims…

One response to “Film and resistance in West Papua”