Petition to force supermarkets to distribute out of date food to charities?

[Publisher’s Note: For a couple of years i was a volunteer in a local food program organised by the Brisbane Aboriginal Sovereign Embassy (the tent embassy).

During my time volunteering with the tent embassy, we acquired cast-off supermarket food from the Brisbane City Council’s ‘Food Bank’ and from Coles ‘Second Bite’ program. Apparently other supermarket chains, Woolworth’s and Aldi, are now contribute.

The BCC’s food bank was set up in Brisbane many years ago by councillor Ian Brusacco. It’s main aim was to feed the homeless.

Compulsion through legislation was not needed to achieve this. Actually, to find where the poor are and to get the food to them is the real difficulty, in a word the problem is ‘distribution’.

The Brisbane Aboriginal Sovereign Embassy (BASE) took on this task … they bought a truck and raised money to run it … very hard working volunteers set it up and keep it running. It is BASE that should be given help by supermarket chains and government … not to be obstructed as they have been in the past.
Ian Curr, September, 2015] 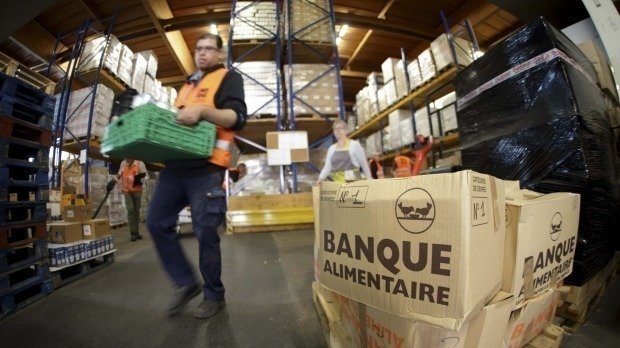 France has done it, Europe is being pushed in this direction, Canada is being asked to go there – why is Australia not leading the pack?

“The French parliament voted in May to stop supermarkets from discarding leftover food, tonnes of which ends up in rubbish bins every day.

Food not fit for consumption will have to be used for animal feed or compost.
But it is the part of the law that forces stores to give unwanted food to any association who asks for it that Mr Derambarsh considers his personal victory.

A councillor in the town of Courbevoie just outside Paris, Mr Derambarsh in January launched his petition on the websitechange.org demanding such a law. It got some 211,000 signatures and caught the government’s eye.

Mr Derambarsh is now launching the petition throughout Europe next week.
While several nations have information campaigns or strict recycling rules – in South Korea you have to separate food from other garbage and pay weight-based disposal fees – few have food waste laws.

A similar [change.org] petition is calling for the Canadian government to make supermarket food waste illegal.

See Force supermarkets to distribute out of date food to charities

2 responses to “Petition to force supermarkets to distribute out of date food to charities?”