Queensland UnCut Rally at the gates of Parliament House October 16, 2012

As predicted in “Julia could, Annastacia can“, Labor will form a minority government at the the invitation of the Governor today 13 Feb 2015. The final count in the 89 seat parliament is Labor 44 seats, LNP 42 seats, Katter Party 2 seats, Independent 1.

The conservatives, without Campbell Newman who lost his seat of Ashgrove, were unable to form minority government with the Katter Party.

Labour has the support of conservative independent, Peter Wellington from the Sunshine Coast seat of Nicklin. It is expected that Labor will put Peter Wellington up as Speaker of the House of Parliament.

Annastacia Palaszczuk becomes the new premier of Queensland. Annastacia  did so with the help of  crucial unions: Electrical Trades Union (ETU) for running a campaign against privatisation; the Australian Services Union (ASU) (Together Union) for their ‘Stand for Queensland’ campaign and the Construction Forestry Mining and Engineering Union (CFMEU) for their campaign donations. Seven members of United Voice union are elected MPs in the new Labor government. The Nurses and Teachers unions played an important support role.

Early in the term of the Campbell Newman government, the extra-parliamentary opposition waged a  Queensland Uncut campaign which lasted two rallies before being subsumed into Labor’s electioneering strategy called Stand for Queensland.

The ALP could not have won government without Green’s preferences. In a proportional representation electoral system, the Greens would have won 8-9 seats but are denied even one under the current optional preferential system. The Katter party, with a vote no bigger than the aboriginal population, gets 2 seats and, as usual, the aborigines get … Fuck all. 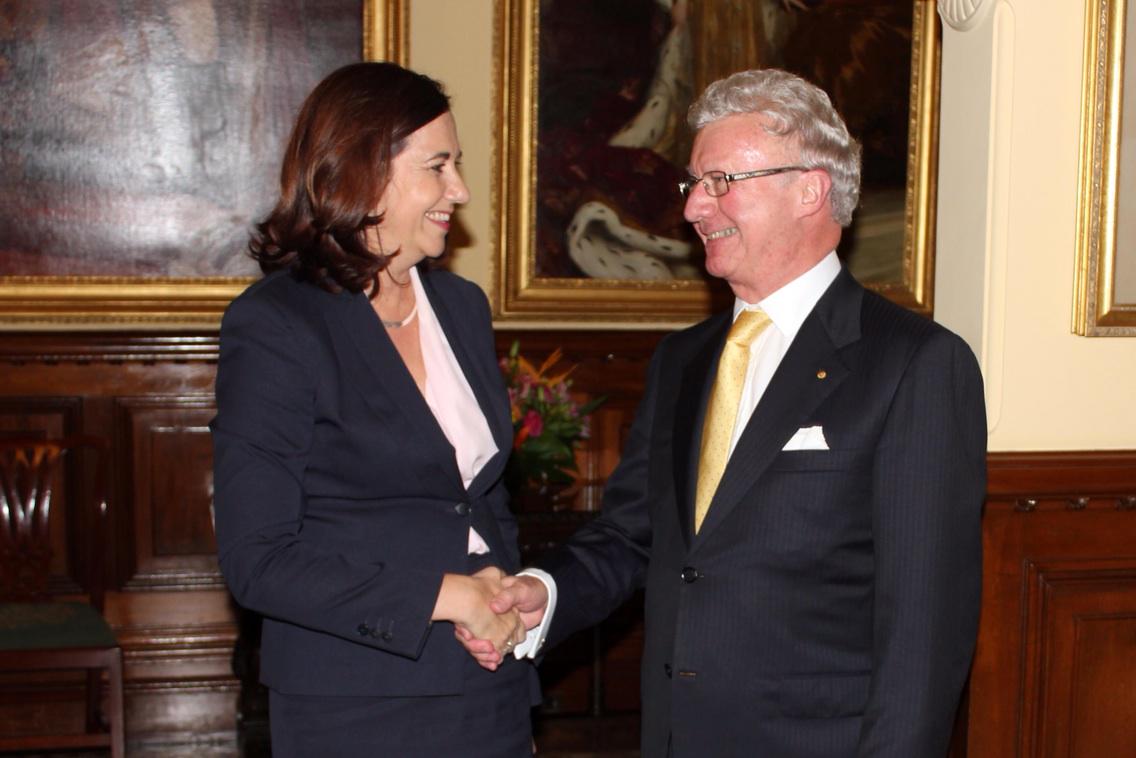 The Greens, without a single seat, have no say in the formation of a minority government and will be unable to prevent Clive Palmer or Gina Reinhardt from opening up the Galilee Basin coal reserves and exporting the deadly black gold to China, India and Japan. 80% of Queensland coal is used in smelters and power stations in Asia, thus increasing pollution and global warming. The manufactured goods produced using that coal (cars, steel etc) are then bought back to Queensland and other states. Economic madness altogether destroying the lives of many through exploitation, floods and drought.

One Nation candidate, Pauline Hanson, fell 200 votes short of winning in Lockyer, and so Pauline got enough votes to receive a big pay cheque from the state funded electoral system.

Annastacia’s father Henry Palasczcuk was a respected Minister in the Beattie government and held several key portfolios including: Primary Industries and Fisheries, Rural Communities,  Natural Resources, Mines and Water. At one time he was put up for speaker of the house but to prevent Jim Fouras from crossing the floor to get the job, Labor withdrew its support for Palascz and voted in Fouras, who used to hold Campbell Newman’s seat of Ashgrove now returned to Labor’s Kate Jones.

There is no parliamentary road to socialism, not even a road to democratic rights in Queensland. However, the first aboriginal woman ever elected won a seat for the ALP in Algester.