(AFP/Abbas Momani)
RAMALLAH (Ma’an) — The head of the Palestinian Authority committee against the separation wall and settlements died Wednesday after Israeli soldiers assaulted him in a village near Ramallah, committee sources said.

Ziad Abu Ein, 55, died after an Israeli soldier beat him on the chest with his helmet in the village of Turmsayya in the Ramallah district, the director of the committee’s information center, Jamil al-Barghouthi, told Ma’an.

A Palestinian security source told AFP that Israeli forces beat Abu Ein with the butts of their rifles and their helmets during a protest march. 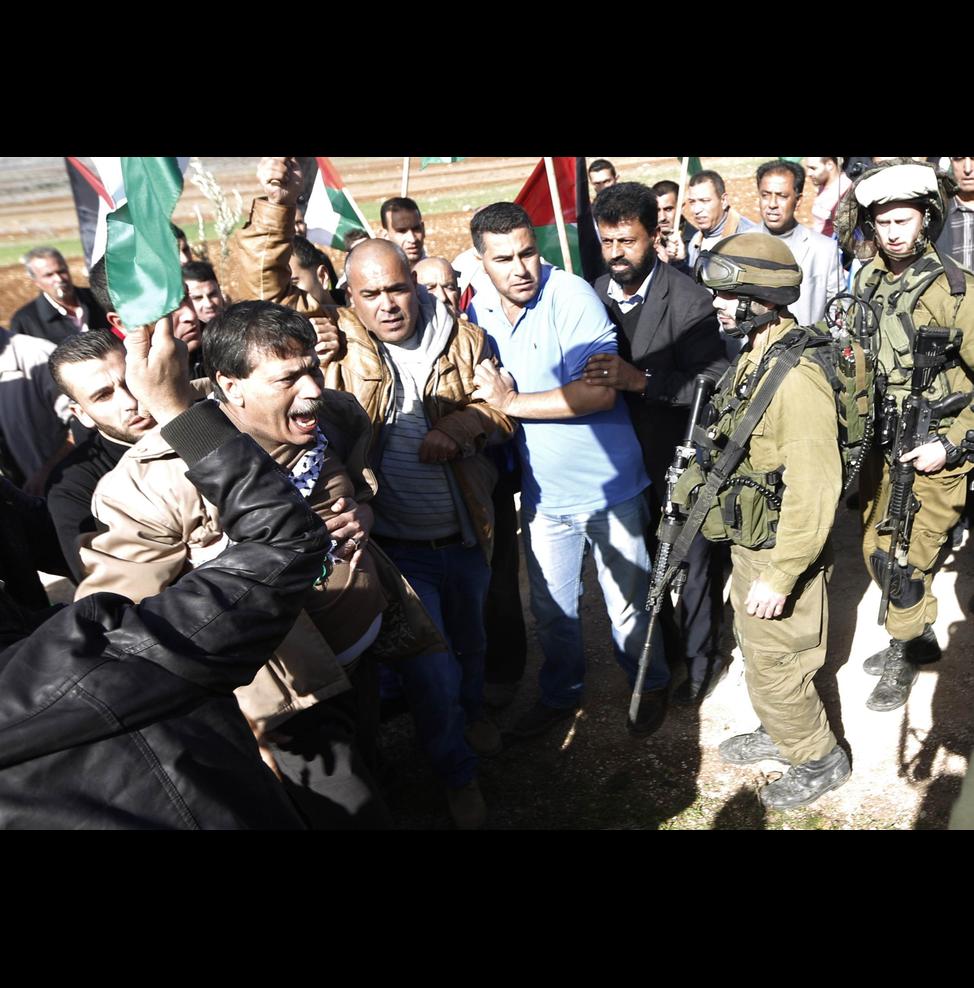 He lost consciousness and was taken to Ramallah Public Hospital where he was later pronounced dead.

Medical sources told Ma’an that Abu Ein lost consciousness and that his heart stopped after being beaten by Israeli soldiers and inhaling tear gas.

The Israeli army said in a statement that “approximately 200 rioters gathered in Turmus Ayya, near Ramallah. Forces halted the progress of the rioters into the civilian (Israeli settler outpost) community of Adei-Ad using riot dispersal means.”

It said it was “reviewing the circumstances of the participation of Ziad Abu Ein, and his later death.”

“The Coordinator of Government Activities in the Territories, Maj. Gen. Yoav (Poli) Mordechai, and his Palestinian counterpart, Hussein Al-Sheikh, have agreed that an Israeli pathologist will join a delegation of pathologists from Jordan, for a joint examination of the circumstances of Ziad Abu Ein’s death.

“Additionally, a proposal has been made to the Palestinians to establish a joint investigation team to review the incident.”

A Ma’an reporter said Abu Ein was taking part in a tree-planting project in an area of the village threatened with confiscation.

Dozens of other activists were also taking part in the project.

President Mahmoud Abbas said in a statement that the attack on Abu Ein was a “barbaric action that cannot be ignored or accepted,” adding that actions would be taken to hold Israel accountable.

Ziad Abu Ein was a member of the Fatah movement’s Revolutionary Council, and served as undersecretary to the minister of prisoner affairs before Abbas appointed him head of the committee against the separation wall and settlements.

AFP contributed to this report.