World premiere of “The Blood Votes” – a play on the great conscription debates of World War 1. 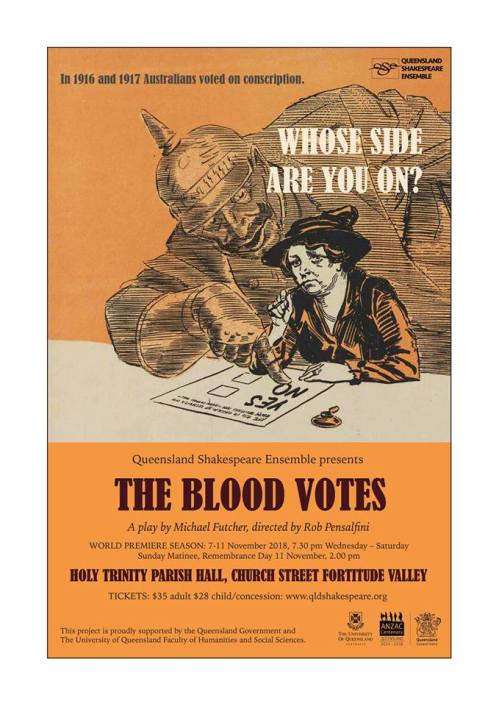 100 years ago the Australian Government attempted to trick and cajole people into voting for conscription during the first world war. Billy Hughes stage managed two referenda but to the credit of the people, they voted it down on both occasions.

They even threw eggs at him in Warwick.

In those days the peace movement were branded by the Tory press as being led by Wobblies (International Workers of the World). 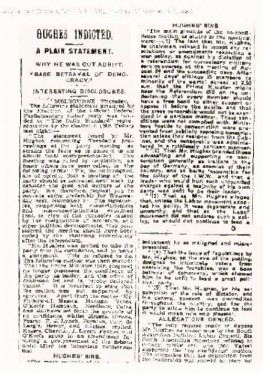 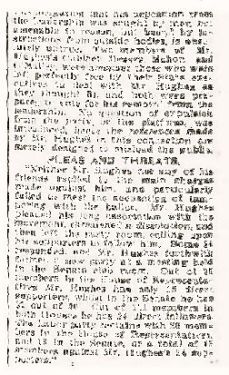 Conscription Debate Daily Standard (Brisbane, Qld. – 1912 – 1936), Thursday 16 November 1916, page 5 – 2Wobblies in Queensland (like Ernie Lane) organised to form the one big union. Ironically, early in its history, the one big union became the Australia’s Worst Union, the AWU. Militants like Lane were driven out, red-baited as the jingoes took over the union, does any of this sound familiar?

Ernie Lane was later to exclaim that you can’t make figs grow on barren trees.

Posted on October 26, 2018 by Workers BushTelegraph Leave a comment