Christopher Pyne and His Attempt to Re-ignite the Culture Wars

The June 2014 meeting of the 17 Group will take place on Wednesday the 4th of June at 7 pm in unit 6 at 20 Drury StWest End. The topic is “Christopher Pyne and His Attempt to Re-ignite the Culture Wars”. The discussion of this topic will be introduced by Adrian Skerritt who has provided the following summary of his talk: 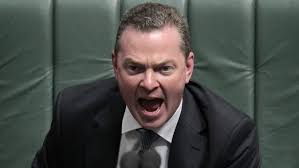 With the Review of the National Curriculum for schools, Christopher Pyne is aiming to reignite the culture wars that raged during the Howard years. John Howard, with the support of establishment historians such as Geoffrey Blainey and Keith Windschuttle, challenged the research of those historians who described massacres of Indigenous people during the 19th century and the deliberate policy of removing children from Aboriginal families in order to destroy Aboriginality. These findings for Howard constituted a “black armband” view of history and failed to acknowledge, in his view, the contribution of pastoralists and entrepreneurs. No matter how meticulous and careful the research that demonstrated the injustice at the heart of Australian history, Howard lined up his cultural warriors in Quadrant and The Australian and orchestrated a chorus of denial. It was persistent and reshaped the cultural debate in favour of the conservatives.

Pyne does not appear to be anywhere near as successful. He has enlisted an ideological zealot, Kevin Donnelly to conduct the review of the Australian curriculum. The central charge is that left bias has distorted the new national curriculum. Here Pyne and Donnelly have set up a straw figure. The national curriculum is not especially left wing. It draws upon some of the best international research about how history, science, maths and literature should be taught. The history units do look at Australia’s role within the region and there is a strong emphasis on Indigenous perspectives. This has been enough to prompt Pyne to initiate another cultural war. It would need to consist of some early and decisive victories if it is to rescue a government reeling from the extraordinary anger its budget has produced.

Some biographical details on the speaker:
Adrian is a history teacher and member of the Qld Teachers Union. Over recent years he has become more alarmed at what historians Lake and Reynolds have described as the “militarisation of Australian history” and how this history is taught in schools.

Adrian has been a socialist since 1988. He and his family live in Yeerongpilly. Two of his three children are of school-age and attend a wonderful government school. He is keen to talk to other people who cherish state schools, trade unions and civil liberties and discuss ways we can look after these things in the aftermath of the Queensland and federal elections.

As we learned last month, Leon Davidovich had of course included a photo of Pyne among his Coalition Cabinet darts targets, but didn’t seem to know a lot about him, until, made curious by reading Adrian’s summary, he “did a bit of googling”. ( He likes to use such contemporary expressions, being proud of being “au courant”, as he put it, in his cosmopolitan way.) This is what he found:
We couldn’t get him to stop laughing long enough to find out if he was coming to the meeting. But you, o potential symposiast, look at the link and then try yourself to stop laughing long enough to decide to come.

Posted on June 1, 2014 by Workers BushTelegraph Leave a comment

This entry was posted in Aboriginal Struggle, Recent. Bookmark the permalink.