Recognition Bill to be forced on Aboriginal people against their will

On February 7 the Australian Senate will vote on the Aboriginal and Torres Strait Islander Peoples Recognition Bill 2012 despite overwhelming opposition to constitutional inclusion by the majority of Aboriginal people and the government’s own acknowledgement that the proposed changes to the constitution would be rejected by a referendum.

“This shows the paternalistic contempt that the Federal Government and politicians have for Aboriginal people has not changed in 112 years,” said Kooma man, Wayne Wharton, of the Brisbane Aboriginal Sovereign Embassy. 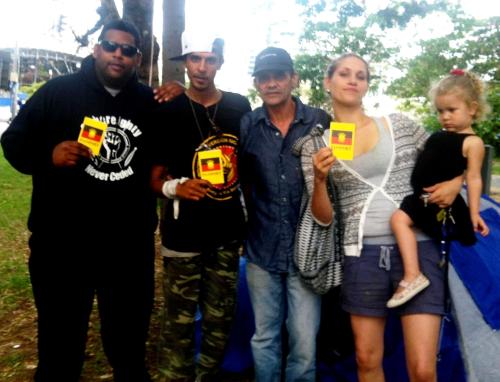 The Federal Government spent millions through organisations like the National Congress of Australia’s First Peoples and You Me Unity using their hand-picked, overpaid representatives to try and sell a referendum on constitutional inclusion to Aboriginal people, but in every community they went to it was overwhelmingly rejected. The Government blamed racist attitudes amongst Non-Aboriginal people as its reason for canceling the referendum, the reality is they realised that they couldn’t con the majority of Aboriginal people to support it. They knew that this opposition would become known to the public in any referendum campaign.

“The people have already spoken – we do not want to be included in the colonisers constitution, that is not going to change no matter how many millions they pay the sell-out Bennelongs. This Bill is an empty, tokenistic distraction from the real issue, the real discussion about sovereignty, that needs to be addressed between First Nations peoples and others who now call this continent home ,” Wharton said.

“We need to have a genuine discussion about sovereignty to move forward, instead the Gillard government, with support of the opposition, is attempting to create a dodgy paper trail on February 7, in complete disregard of International law, in an attempt to legitimise the colonial authorities in this country”, Wharton said.

“Any politician who supports this bill is just as rotten as any of the ‘Protectors of Aborigines’ or ‘Mission Managers’ of old,” Wharton said.

Representatives of Brisbane’s Aboriginal community will be protesting along with people from across Australia in Canberra on February 6-7.

There will be a protest on Wednesday February 6 in Brisbane at Wayne Swan’s electoral office at 8am (1162 Sandgate Rd, Nundah).

This entry was posted in Aboriginal Struggle. Bookmark the permalink.