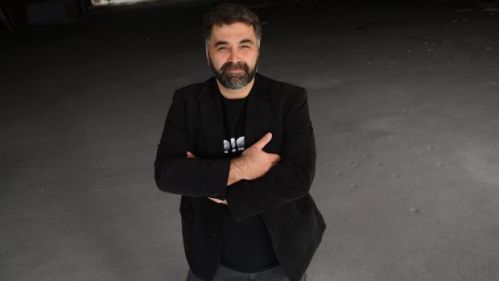 Australia’s largest asylum seeker service is in upheaval after an exodus of its most senior staff and claims of a toxic work environment, mismanagement and bullying.

Six out of seven directors at the Asylum Seeker Resource Centre quit last year, including one who lodged a successful WorkCover claim for stress and anxiety caused by her employment.

An internal report, prepared for the board and obtained by Fairfax Media, shows the resignations came amid a slew of complaints about the centre’s chief executive, Kon Karapanagiotidis​, widely considered one of the nation’s top human rights advocates.

“We are greatly concerned about our safety and wellbeing, and that of our staff, due to the unknown response from an increasingly volatile CEO,” said the confidential report, co-signed by four of the former directors.

“The various issues each director has experienced … caused us anxiety and distress, as we have been placed in ethically and legally compromised positions.”

Mr Karapanagiotidis did not respond to questions, but he is understood to vehemently deny all allegations. In a statement, the ASRC board said its own investigation found “no basis” to the claims and it continued to stand by its chief executive.

“Claims in and of themselves do not give rise to them being true,” the board said.

Fairfax Media has confirmed the directors who have walked – including the heads of human resources, fundraising and campaigns – are part of a larger loss of senior staff from the Melbourne-based service. About two dozen employees have left in the past year.

It comes as the centre expands rapidly. According to its most recent annual report, it employs 65 full-time staff and has an army of about 1200 volunteers.

Financial records show it nearly tripled its income in four years to almost $6.8 million a year. The welfare organisation, which relies heavily on donations, does not receive federal government funding.

Mr Karapanagiotidis, described by many as a charismatic leader, founded the highly regarded charity in 2001. But more than a dozen current and former employees who spoke to Fairfax Media described the ASRC as a deeply divided workplace beset by dysfunction and “growing pains”.

Some felt intimidated to raise workplace issues internally and said they were concerned about the charity’s capacity to help clients unless management problems were urgently addressed.

“The organisation is in a bad place and more staff are planning to leave,” one employee said. “Relationships with our members are crucial and when staff go we’re setting the clients up for failure.”

Other staff said questioning management was “terrifying”, and described working at the centre as “traumatic” and “extremely tense”.

“There’s a lack of skills at the top,” said another. “The former directors did the right thing, they asked for help from the board but their concerns were dismissed.”

Documents reveal one of the former directors received compensation for job-induced stress. In a WorkCover statement, she said she had raised concerns about safety, security, staffing and legal risks. But Mr Karapanagiotidis would “get angry and abruptly end the discussion”, the claim said, and her concerns were repeatedly ignored.

“It felt like a hopeless situation, one that is lose-lose for me,” she said. “If I raise risks with my boss, the CEO, then I have to face his ire, and if I don’t and just accept the status quo, then I am worried about the future of the organisation and the impact on our stakeholders, most importantly our vulnerable clients.”

The former director said her professional relationship with Mr Karapanagiotidis deteriorated further after she and her fellow directors took their concerns to the board.

“His demeanour towards me became hostile,” she said. “I was starting to feel very unwell. I was constantly anxious … I would get frequent headaches and nausea.”

The leaked directors’ report called for an urgent review of the centre’s leadership and condemned Mr Karapanagiotidis’ decision to take control of the burgeoning legal clinic, which provides free advice to asylum seekers on Wednesday nights.

It said the clinic had become overrun, with clients being given “incorrect legal advice by unsupported and inadequately supervised, inexperienced volunteers”.

The report claims bad advice put one client at risk of being detained, while another lost work rights because paperwork had not been checked by a supervising lawyer. It also claimed Mr Karapanagiotidis posted a photo containing sensitive information on Facebook, which could have identified a client.

ASRC chairman Matthew Tutty said the board investigated the allegations against Mr Karapanagiotidis and “found no basis” to the directors’ complaints.

“In particular, the investigation rejected suggestions … of a toxic and unsafe work environment, or the exposure of our clients to risk through negligence,” Mr Tutty said.

“Our focus and priority remains to uphold the human rights of people seeking asylum, and the board continues to stand behind the CEO in pursuit of this purpose.”

Prominent human rights lawyer Julian Burnside, an ASRC patron, said he had never heard about internal problems at the centre.

“I’ve never seen Kon behave in a way that I would fault,” Mr Burnside said. “I’m not the least bit surprised that it’s a high-stress environment. By its nature they’re doing work that is very stressful. It’s very hard work, and I think ASRC do an extremely good job.”

A source with intimate knowledge of the board’s handling of the directors’ complaint said Mr Karapanagiotidis had undergone specialised HR training and no longer oversaw the legal clinic.

“Front of the board’s mind is always a desperate desire to help asylum seekers,” the source said. “That drives every decision and sometimes the HR issues become secondary, or lost, because helping asylum seekers is the focus.”